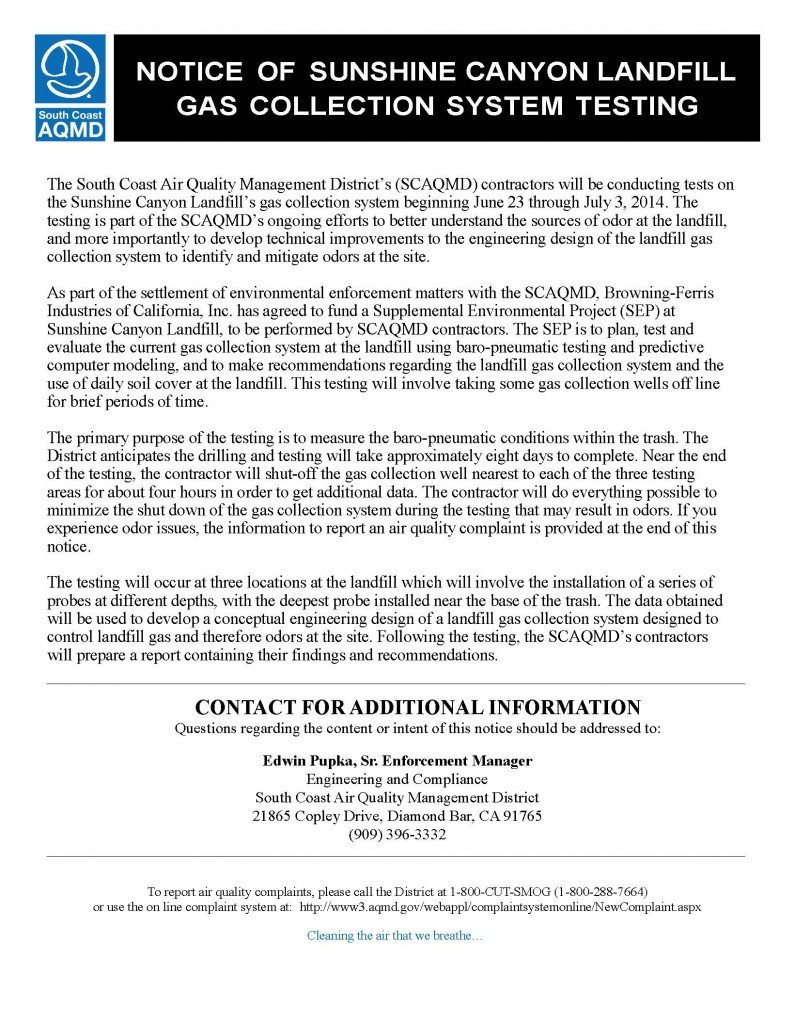 As the following notice indicates, if you experience odor issues during this period, you should report them.

The SCAQMD and its hotline 1-800-CUT-SMOG (1-800-288-7664) is the official agency for recording these odor complaints, and for issuing Notices of Violations (NOV). As always, it will be up to the SCAQMD Inspectors to determine if the odors that you report are from the daily operations, the outgassing of odor laden methane from previously deposited trash, or from the testing itself.